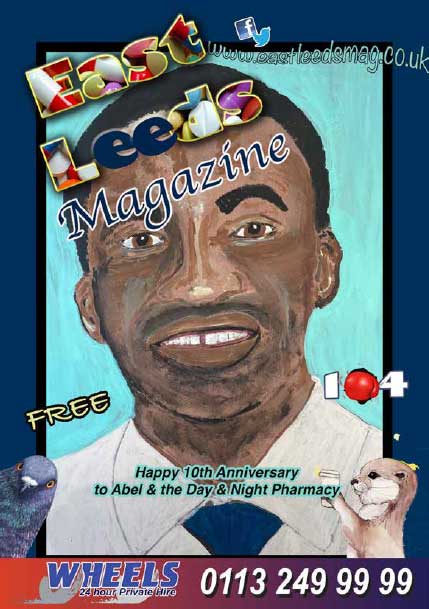 I’m a happy man an, I’m a happy man, Yeah yeah an, I’m a happy man, Come on down and sing the song, Sing it just-a one more time.
The Great Jive Five & the Incredible voice of the late Mr. Eugene Pitt. Well you might have noticed Abel’s a happy man as he celebrates 10 years of peddling drugs to the good people of East Leeds! Not so happy is Alan C in Sunny Spain who can’t get hold of a tin of baked beans for love nor money!
And while we were all stuck at home and concentrating more on eating pies and chocolate, Warren was out and about watching Otters and Lee Murtagh who knocked a film up ‘for something to do’ is now preparing for his first show since 2019, meanwhile Roy Norcliffe’s busy with an Ipswich based avian problem. 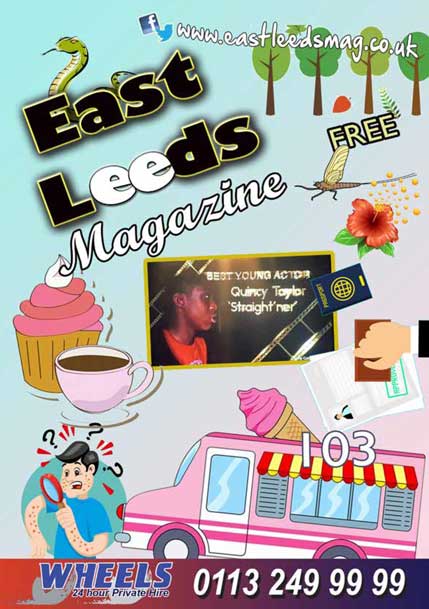 The Soup Dragons with a Rolling Stones cover in 1990.

And at last we are seeing some form of freedom. And we’re free to do whatever we want as long as it’s outside! And while we’re at it, it’s time for a brew and if anyone wants to mix art, a nice cuppa and a historical setting then have a look on page 34 and local artist Sandy Holden. And if that’s not your thing and you prefer a nice ice cream during the summer months then you’ll be pleased to know there’s a community ice cream van doing the rounds, set up by a cross section of local groups.

And it’s nice to see all the usual columnists back, Abel, Lee, Warren, and Alan C and a special mention to Quincy who starred in the East Leeds gangster movie Straight’ner and won the Jump Cuts Best Young Actor award, he even ended up on Radio Leeds. 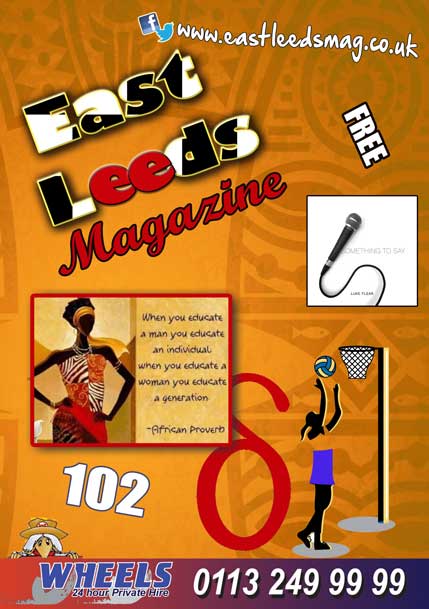 The line it is drawn, The curse it is cast, The slow one now, Will later be fast, As the present now, Will later be past, The order is rapidly fadin’, And the first one now, Will later be last, Oh the times, They are-a-changing. Fine words from Boring Bob, he might have a voice like sandpaper and some questionable beliefs but he couldn’t half knock a tune out back in the day. But lyrics he wrote back in the 1960’s still seem relevant now fifty odd years later as we hopefully come out of lockdown and society resumes to some kind of normality. Whether this is a new normality or we return to the old, only time will tell. One ‘new normal’ is the aftermath of travel, especially if we throw Brexit into the mix, ‘fit to fly’ test, blue passports or long queues in passport control in EU countries. Alan Cuthbertson tells us his hopes and fears for the future. The times are indeed are-a-changing, we might be better staying at home and watching netball. 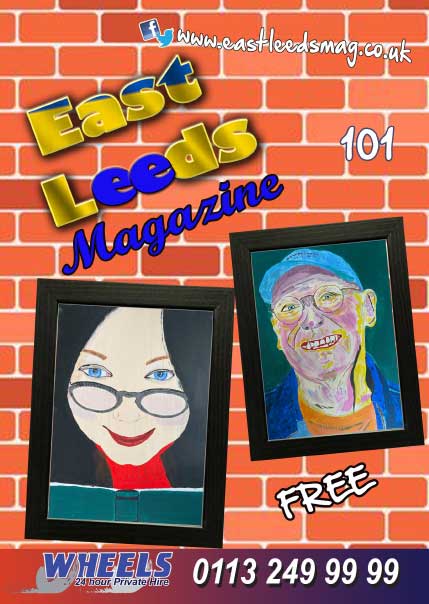 Get in a taxi, subway train, don’t make me cry these tears in vain, baby, A hundred nights without you is murder baby, A 101 just won’t do, oh no
As we looked for lyrics from Joe Strummers original 101’ers band, we came across that other bastion of punk, Sheena Easton who released the Prince penned song ‘101’ on her 9th album.
Anyone who thinks the world has gone mad in 2020-21 should check….Sheena Easton really released nine albums? And Prince wrote for her?
Anyway, as we step gingerly into 2021, with hopefully a vaccine on the way that won’t see us all grow two heads, life seems to go on, just a bit differently, Warren implores us all to feed the birds, Alan’s moaning about his new Spanish neighbours and we’re still wittering on about an art exhibition for East Leeds in the late summer.
Oh and Sheena Easton actually released 15 studio albums and a live album which hasn’t been compared to the benchmark live album ‘The Who Live at Leeds.’ The world was already mad, pre 2020. 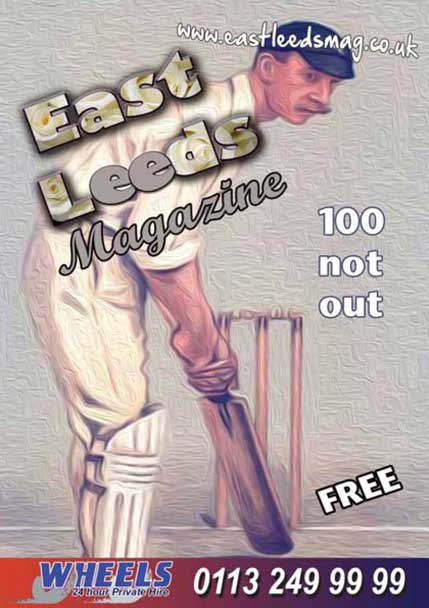 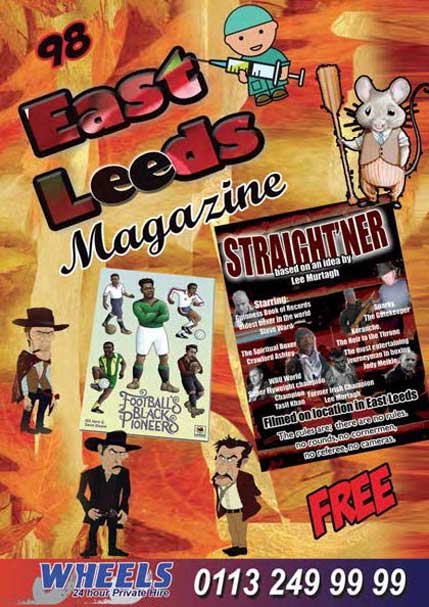 In these days of evil Presidentes,
Working for the clampdown,
But lately one or two has fully paid their due,
For working for the clampdown.
Well it certainly feels like we’re living in a Kafka or Orwell novel, The Clash, Working for the Clampdown seems apt. And it’s times like these, when we feel like our freedoms are being slowly eroded we should remember people like Arthur Poulter who put his life on the line to save others during the First World War. Warren wanted to highlight this man’s bravery and devoted his column to it. And even though you will have received this mag after 11.11, we make no apology in putting Arthur on the front cover. This is our Christmas issue but sadly we are still all lamenting the lack of a summer holiday in a year when going for a cup of coffee seemed like a bigger adventure than climbing Everest blind fold. So Christmas and all the over hyped crap can wait. Have a drink for Arthur Poulter. 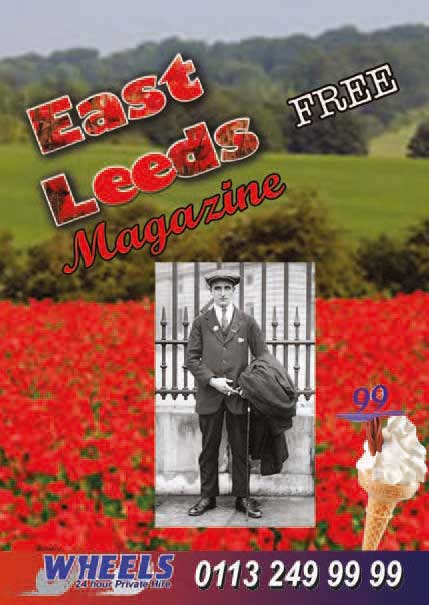 It’s a thousand pages, give or take a few.
I’ll be writing more in a week or two.
I could make it longer if you like the style. I can change it ’round. And I want to be a paperback writer. . .
Entertaining myself for hours. The Beatles and Paperb… ah, we all know it don’t we? Well Lee Murtagh might not be a paper back writer but he can’t half knock out a story. We might have to change his page to ‘Film making’ diary instead of boxing diary..
Seriously, congratulations to Lee and the lads, when everyone said it couldn’t be done, when Eastenders & Corrie stop filming, Lee found a way.
Bill Hern is a paperback writer, who, along with his mate David Gleave, has written a long overdue book about the first black footballers at various football clubs. It’s a fascinating, timely read. Meanwhile back at the ranch Alan C has turned into a cowboy and Warren’s asked us to spare a thought for the humble water vole.